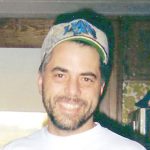 His legacy . . . Robert Edward Singer, 64, passed away May 5, 2019.  He was born on August 11, 1954, in Howell, Mich., to James and Geraldine (Vedder) Singer. Bob married the love of his life, Billie Salyer and she survives. He served honorably in the U. S. Army and then went on to work at Ford Motor Company in Saline until his retirement. Bob was an avid hunter and enjoyed fishing as well as being a devoted Lions fan. He will be missed by all who knew and loved him.

His farewell . . . A private natural farewell was held. Memorial contributions are suggested to the American Cancer Society. Please leave a message of comfort for Bob’s family at 1-877-231-7900 or sign his guestbook at www.borekjennings.com.