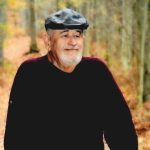 Rev. Dale Richard Culver, 89, passed away on November 17, 2020 at the Covenant Hospital in Saginaw, Mich. He was born on October 27, 1931, in Barry Township, Barry County, Mich. He graduated from Perry High School in Michigan in 1949. At 18 years old Rev. Culver joined the Air Force and served during the Korean War. He was stationed in Panama City, Fla; Tripoli, Libya; and Randolph Air Force Base in University City, Texas. While stationed in Texas he met and married Carolyn Joan Harris in June of 1953.

After his wedding Rev. Culver moved back to Perry, Mich. and started his family. While working in the upholstery shop with his father, Earl Culver, Rev. Culver felt the call of the Holy Spirit to become a minister. Rev. Culver attended a local community college for two years then moved his family to Kankakee, Ill., and attended Olivet Nazarene College. He returned to Michigan as a pastor of the United Methodist Church and served in the Winn, Mich., area before God called him to continue his education.

In March of 1972, while in Grass Lake, Rev. Culver’s wife passed away from cancer. In November of 1972 Rev. Culver married Andrea Gayle Bohne and they moved their new family to McBain, Mich., where Rev. Culver returned to his prior career of upholstery, a trade that has been in the family for four generations.

Rev. Culver’s second wife, Andrea passed away on November 6, 2013, at the Munson Medical Center in Traverse City, Mich. At that time, he moved to Gladwin, Mich., where he lived with his daughter Daleen and her husband Ken Siegert.

Rev. Dale Culver loved people but more importantly he loved the Lord Jesus Christ and would hold many conversations with people about his Lord and Savior. He was very active in the upholstery shop, Bible study and enjoyed small group development.

Rev. Culver was preceded in death by his parents, Gilbert ‘Earl’ and Francis Culver; wives, Joan Culver, Andrea Culver; sisters, Janice Culver, Barbara Elmy, and brother, Don Culver. Rev. Culver was the last of his generation for the Culver family. He is survived by daughters, Daleen (Ken) Siegert of Gladwin, Mich., Caryn (Darrin) York Savannah, Georgia, and Renee (Charlie) Kill of McBain, Mich. Sons, Bob (Ricci) Culver of Altamonte Springs, Fla., and David (Patty) Culver of Jackson, Mich. He has many, many grandchildren and great-grandchildren, and nieces and nephews from Georgia. Our dad, grandfather, and uncle were truly loved, and he will be missed.

Funeral service is scheduled for Saturday, December 12, 2020 at 11 a.m. at the Free Methodist Church 1312 N. State St., Gladwin, MI 48624, burial will take place in the Roselawn Cemetery in Perry, Mich. Due to the times we live in, a mask will be required during the funeral service. The family is being served by the Burkholder Family Funeral Home in McBain. Thoughts and prayers can be left at burkholderfamilyfuneralhome.com.