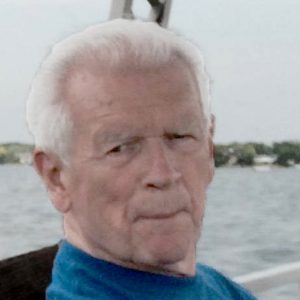 Leonard Pawloski, age 87, was a longtime resident of Brooklyn, Mich. Leonard was diagnosed with cancer in October of 2019 and passed away peacefully on July 17, 2020 at Henry Ford Allegiance Hospice Home in Jackson, Mich.  He was born on January 11, 1933 in Detroit, Mich. to Walter and Stella Pawlowsk (Galicki).

Leonard served in the Coast Guard during the Korean War. He worked as an assembler at Cadillac in Detroit and after finishing college, he worked as an LPN in an occupational clinic in Detroit, followed by 13 years as a nurse for the Department of Corrections (Jackson Prison) until he retired in 1995.

He married Blanche Trubak (Hopp) in 1982 and with his many talents remodeled their home on Lake Columbia. Together they were members of St. Rita Catholic Church of Clarklake and more recently appreciated at-home communion from Louanne.

He enjoyed woodworking, leatherwork, music, cooking and reading, which allowed his sharing of nearly anything in conversations.

Leonard looked forward to his daily visits to the American Legion and Eagles and rarely missed a chat with his mail carrier. Leonard was preceded in death by his parents, Walter and Stella; his brother, Tom Pawlowski; sister, Laura Babinger (Trubak) and brothers Frank Trubak and Donald Trubak.

He is survived by his wife, Blanche, and her four children: Jim (Jan) Trubak, Linda (Don) Cooper, Lois (Mike Morgan) Portelli and Joe (Nancy) Trubak. He proudly shared in the lives of nine grandchildren and 17 great-grandchildren and willingly let them take over their house on any given weekend.

Leonard verbalized two regrets: Most importantly, no longer being a loving caregiver for Blanche, and secondly, not being able to re-elect his president in the 2020 election.

Leonard is loved and will be missed by family and friends. A celebration of his life by his immediate family will take place at a later date.