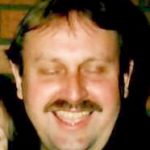 Lance R. Huffman, 67, of Jackson, passed away at the Henry Ford Allegiance Hospice Home on Thursday, December 5, 2019. Lance is survived by his daughter, Lauren Ashley of Jackson; siblings, Prudence Finch of Jackson, Gordon Huffman of Grass Lake and Marilyn Carpenter of Jackson; and many nieces and nephews. He was preceded in death by his parents, Donald and Ruth (Lowery) Huffman and a brother, Charles Huffman.

Lance grew up on the family farm; he was a 1970 graduate of Napoleon High School. Along with farming, he worked tool and die jobs, most recently with Pinnacle Engineering in Manchester. Lance enjoyed playing cards, gardening, yard work and traveling. Per his request, his body has been donated to the University of Michigan Medical School and no services will be held. Arrangements were under the care of Arthur-Day Funeral Home, Michigan Center (www.arthur-day.com).