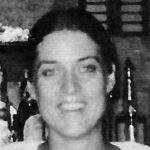 June Lynn Lloyd, 66, of Brooklyn, formerly of the Oregon, Ohio area passed away on Friday, December 4, 2020 at her home. She was born on May 10, 1954 in Oregon, the daughter of Robert J. and Claudis J. (Montry) Lloyd. She graduated from Summerfield High School in 1972.

June enjoyed baking, cooking, antiquing and puzzles. She retired from the Onsted Schools after several years of service. June was a sweet soul, dearly loved by her family and friends and will be dearly missed by all who knew her, especially those who received her homemade cookies she enjoyed passing out.

Cremation has taken place. A celebration of life is being planned for a later date. Memorials in her honor can be made to Care Line Hospice, 113 W. Michigan Ave., Jackson, MI  49201. Arrangements were entrusted to Brown-Van Hemert Funeral Home in Onsted. Condolences and words of comfort can be left at  www.brownvanhemert.com.