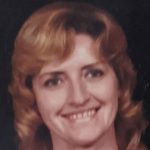 Joyce was the third of three sisters born to Ira and Edith Goodwin of Algansee, Mich. Joyce and her sisters, Donna and Beverly, grew up on a farm where they lived off the land by raising animals and growing crops. Joyce’s family had to work hard to survive, but she still found time to play and explore with her sisters. She preferred the life of a tomboy to that of a “proper” girl. She enjoyed hunting, exploring, climbing trees, causing mischief, such as taking farm equipment apart to see how it worked, taking her dad’s car out for joy rides, and swinging on a rope over the haymow when they were forbidden to do so. In spite of this, her sister said she was still very elegant in how she carried herself in life.

Joyce met Richard in Reading during school, and they were married in 1954 in Angola, Ind. Joyce and Richard were very ambitious and started a life together by creating a gas station/repair shop in Allen, Mich. Later, Joyce and her husband moved to Grass Lake, when a good job opportunity opened up for Richard at an electronics company in Grass Lake. Richard and Joyce also started a very successful ice cream parlor called Brownie’s Dairy Mart in Grass Lake. Joyce eventually found a job at University Microfilms, now known as ProQuest, and made a long career there until finally retiring after 27 years.

Joyce loved helping people and would always find time to make items for others when she saw that they needed something. Curtains for friends and those she called family who was not related; she canned fruit for others, or if you just needed someone to talk to. Joyce loved to garden and when someone dropped by their visit required a trip to the flowers and plants she tended. Joyce will be greatly missed, not only by her friends and family but by all of the people that she cared for and became acquainted with along the way. Her family will never be able to fill the hole that exists with the loss of such a wonderful mother and friend.

A celebration of life will be scheduled at a later date with details to follow. Arrangement’s entrusted to Sherwood Funeral Home, Grass Lake. Please sign Joyce’s guest book at sherwoodfh.com.