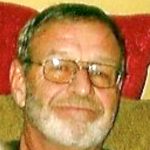 John was a retired corrections officer with the State Department of Corrections and was a long time Little League coach in Napoleon. He enjoyed fishing, hunting and golf and spent many hours in his pole barn, perfecting his technique of making bird houses.

At his request cremation has taken place. A memorial service to honor his life will be held at a later date. Those who wish may make contributions in his memory to the Jackson County Animal Shelter, 3370 Spring Arbor Road, Jackson, MI 49203. Arrangements by Arthur-Day Funeral Home, LLC, Michigan Center.