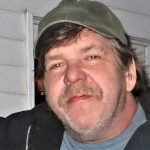 James Floyd McGee, 56, passed away at home in Coldwater, Mich. on Sunday, November 1, 2020. He was born October 10, 1964 to Alexander and Roselee (Hartsuff) McGee. He was the youngest of six children.

He was a graduate of Columbia Central High School, Class of 1984. He is survived by brothers, Al, Dave, and Mark; sister, Nancy; nephews, Kevin (Brandy) McGee, Travis McGee, Bryan McGee, Shawn McGee, David (Adriana) McGee, and nieces, Lisa McGee Bruce, Brandy McGee, Jennifer McKibben and Roselee Reese; as well as many great-nephews and great-nieces, and many friends. He was preceded in death by his parents, grandparents, and older brother, Dan McGee as well as nephew, Alexander McGee V.

Per his wishes, cremation has taken place and no formal services will be held. A celebration of his life will be held at a later date. In lieu of flowers, donations may be made to a charity of one’s choice.