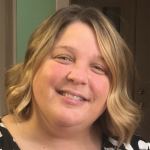 She was born February 28, 1978, in Jackson, Mich., the daughter of Michael Grider and Debra Pajot. She was preceded in death by her father, Michael Grider.

Hollie was a graduate of Columbia Central High School and Western Michigan University. Hollie had a successful career in accounting and most recently was employed by Seber Tans.

Hollie was the “Superhero” of her family. Her presence brought joy to everyone around her. She had a true gift of bringing out the best of everyone she encountered, she allowed them to see their greatness, which they failed to see in themselves. She was an amazing and loyal mother, wife and bestie. Her humor, smiles and laughter were contagious, she was the life of the party that let her light shine bright.

Visitation will be Monday from 4 to 8 p.m. at Sherwood Funeral Home, Grass Lake. Funeral services will be at 11 a.m. Tuesday, August 10, 2021, at the Federated Church of Grass Lake, 519 E. Michigan Ave., Grass Lake. Interment at Oakwood Cemetery, Grass Lake.