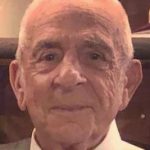 Gerald Pawlowski, 83, of Brooklyn, passed away August 20, 2019. His wishes were granted by being at home surrounded by his family. Jerry was born January 27, 1936, in Medina Township the son of Zygmunt and Winifred (Gardner) Pawlowski.

He was preceded in death by his parents and a grandson, Justin Pawlowski. He retired from Aeroquip in Jackson as a supervisor after 20 years of service. He enjoyed following his grandchildren in sports, doing carpentry, farming, working in the yard, feeding the fish and cutting wood that only he could stack! Jerry was loved by his family and friends. He had many special nieces, nephews, and cousins. Relatives and friends were very important in his life.

At his request cremation has taken place. A celebration of his life will take place at a later date.

Condolences to the family may be made online at www.pursefuneralhme.com.