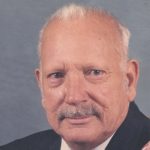 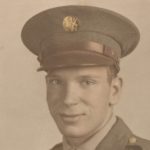 Floyd served his nation in the U.S. Army, fighting in the European Theater of Operations – World War II. He was a gifted body shop painter and collision expert who worked at many local firms including Art Moehn Chevrolet. He was a founding member of the National Museum United States Army (1775 Liberty St., Fort Belvoir, Virginia 22060).

Private services for Mr. Higby were held and he was interred next to his wife in Roseland Memorial Gardens. Pastor Jim Wiech, Faith Baptist Chapel officiated. Military honors were provided by the Jackson County American Legion Ritual Team. Contributions in his memory are directed to the National Museum U.S. Army at the address above. Arrangements by Arthur-Day Funeral Home, LLC, Michigan Center, Mich.