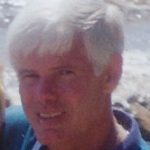 Edward “Ed” Hamlin, of Brooklyn, passed away Sunday, November 25, 2018, at the age of 80 years. He is survived by his wife of 56 years, Nancy; daughter, Yvonne (Dale) Palmer and their children, Eric (Katie) Palmer and their daughter, Isabella, Ashley Palmer and Chelsea Palmer; grandson, Shawn Hamlin and his children, Lauren, Hailey and Leah; daughter, Victoria Hamlin and her son, Josh; daughter, Brenda Ballantyne and her son, Jesse; son, Dennis Hamlin; grandson, Joseph; brothers and sisters, Charles (Sharon) Hamlin, Freda (Elvin) Ellithorpe, Will Hamlin, Wilma (Dan) Stevens, Paulette Shaver, Paul (Clarice) Hamlin and Henry Ambs; numerous nieces, nephews, cousins and friends. He was preceded in death by his daughter, Joy Lee Hamlin, and son, Tony Hamlin. Ed owned Ed’s Mobil Station in Vandercook for many years and retired from the Jackson County Maintenance Garage as a supervisor. Edward was intelligent, hardworking and well respected in the community. His priorities in life were his family and helping others by using his knowledge and abilities. Edward was Earth’s, Guardian Angel! He was an amazing man with a loving heart and a wonderful soul! Edward is loved by many and will be missed dearly.

Instead of flowers, the family asks that you do a kind deed for anyone in need as Ed has done throughout his life. Arrangements were handled by Desnoyer Funeral Home.