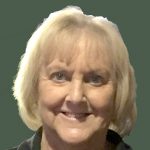 Doreen was a member of All Saints Episcopal Church and the American Legion Auxiliary, Wilber-Bartlett Post #315, both in Brooklyn.

Together, Doreen and her husband Rich owned and operated the Brooklyn Party Shoppe in Brooklyn for the past 44 years. She loved spending time with her family, flower gardening, animals, motorcycling, and snowmobiling.

Besides her husband, Rich, Doreen is survived by her daughters, LeAnn (Jeff) Vincent of Jackson, Lori (Wendell) Smith of Northville, and Lisa Wolstone of White Lake; her son, Richard “Rocky” (Jamie) Turner of Manitou Beach; seven grandchildren, Jacob, Logan, and Alyssa Vincent, Nicholas and Luke Smith, Katie Turner, and Tyler Wolstone; one great-granddaughter, Leighton Vincent; and her two brothers, Robert Neu of Erie, Penn., and Richard Neu of Columbus, Ohio. Doreen was preceded in death by her sister, Gloria Sutton, her brother, Peter Neu, and her parents.

Visitation for Doreen will be held on Friday, February 14, 2020, from 10 a.m. until the time of her funeral service at noon at All Saints Episcopal Church, Brooklyn, with Reverend Sandra Benes officiating. Burial will be in Jefferson Cemetery, Brooklyn. Memorials in Doreen’s memory may be directed to the Shriners Hospitals for Children-Chicago www.shrinershospitalsforchildren.org/chicago.