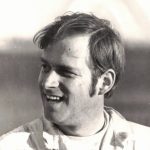 Donald Fred Taylor, 84, passed away peacefully at home surrounded by his loving family on February 4, 2020, following a courageous battle with cancer.

Donald was born on June 12, 1935, in Jackson, Mich., the oldest son of Frederick Berneal Taylor and Edith Marie (Lent) Taylor. He was preceded in death by his parents, his loving wife, Dianne Lea (Harris) Taylor and his son-in-law, Edward Longoria.

Donald was a retired state park ranger and a member of the Michigan Motorsports Hall of Fame. He won many track championships locally as the Pink Panther #25. His memory will live on with so many.

At Don’s request, a small graveside service was held for his immediate family.