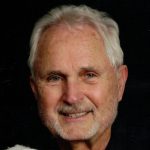 Donald Eugene Gaddes born June 17, 1933, passed away on August 14, 2019, at the age of 86. Don was born and raised in Nashville, Tenn. He graduated from West End High School where he proudly participated in the Marine ROTC.

At a young age, Don made a bold decision to move to Chicago, Ill., and then onto Detroit, Mich., for better opportunities. Don worked himself through life with several business experiences ultimately becoming a prominent custom home builder (former owner of Michigan Valley Homes, Inc.) for over 47 years in the Jackson/Brooklyn area.

Don was known for his high quality, energy-efficient, healthy homes. He traveled to Sweden and Canada to study their building science construction and attended many seminars, conferences and college classes in Wisconsin, Minnesota, Massachusetts, Colorado, Nevada, Michigan, etc. He was a member of the Jackson Home Builders Association of Jackson serving as president for two years.

Don also was an “Expert witness” in litigation for mold mitigation. He helped organize and supported the “Energy Efficient Building Association now known as “The Energy and Environmental Alliance,” a national organization that helps set building science standards for new construction. His entrepreneurial spirit was a driving force in his life as he also developed, owned and operated Willow Lake Restaurant and Don’s Airport Restaurant for over 15 years.

Don was a passionate outdoorsman and enjoyed hunting, shooting, and motorcycling. He was a member of the Chapter J Gold Wing Club that supported charities and was a lifetime member of the NRA. He also enjoyed riding his Harley Davidson and taking many trips with his family and friends.

Don was a very successful businessman but most of all he loved his family and friends. He respected and enjoyed working with all his employees and business associates and thought of them and treated them as part of his team and as friends. He was unselfish with his time for friends, business associates, and family. Don worked hard, had a positive happy attitude, full of fun and lived life to the fullest. He will be missed.

A graveside service was held at the Gaddes Cemetery in Nashville on August 30, 2019. There will be a celebration of life in Don’s memory on Saturday, November 23, 2019, at the Country Club of Jackson, 3135 Horton Road, Jackson, MI from 1 to 5 p.m.