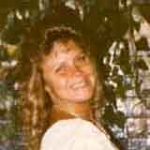 Ann Marie lived her early life in Romulus, Mich., before moving to Liberty Township. She then lived in the Cement City area for the past 27 years. She received her G.E.D. from Romulus High School. She was a volunteer worker for the Community Action Agency in Jackson for 11 years, where she was on the board of directors. She enjoyed traveling, eating at classic restaurants, going shopping, playing Bingo, amusement parks and she was a White Witch.

Funeral Services will be held at 1 p.m. Friday, October 11, 2019, at the Brown-Van Hemert Funeral Home in Addison, with Pastor Drew Woods officiating. Burial will take place at Highland Cemetery in Brooklyn. Visitation will be from 6-8 p.m. on Wednesday, and from 2-4 and 6-8 p.m. on Thursday.