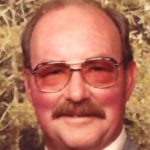 Ken was a veteran of the Navy and Coast Guard and worked many years as a meat cutter with A&P Grocery. In retirement, he and Bill Cook built many sheds and barns and did a lot of roofing. In his spare time throughout his life, Ken spent many hours processing numerous deer out of the “Boars Nest” with his good buddy, Hop Anderson, sharing countless hours of his famous stories. He was a member of the Clarklake Lions Club and the American Legion Wilber-Bartlett Post #315. His many hobbies kept him busy with golf, bowling and softball well into his later years. Ken believed he was the master of jokes, and he was always the life of the party. His greatest joy was his family, always boasting about their many accomplishments. He especially enjoyed being a spectator at his grandchildren’s sporting events.

Cremation has taken place, and a celebration of his life will be held on Saturday, December 14, 2019, at 11 a.m. at the Clarklake Community Church, 9224 Hyde Road, Clarklake, Mich., with Reverend John Reed officiating. Visitation will be held, at the church, beginning at 10 a.m. and a luncheon will follow the services. Military Honors will be provided by the Jackson County American Legion Ritual Team. For those who wish, contributions can be made in Ken’s memory to the Clarklake Lions Club. Arrangements are under the care of Arthur-Day Funeral Home, Michigan Center, www.arthur-day.com.